CHRISTMAS TIME IS HERE!!!!!!!!  And in our house, there is a lot of happiness and excitement!  Cannon and Townsend have been loving every minute of the last month!  From picking out and decorating our Christmas tree (They call it a “Deck The Halls Tree”), to learning all the characters in our manger scene, enjoying lights on people’s houses, visiting Santa at the mall, and watching lots of fun Christmas movies……it has truly been a blast!  With Cannon’s Hyperlexia (intense fasination with letters and numbers), he also has been extra thrilled to count down the days till Christmas on our advent calendar and then write down the number of days left on a special chalkboard. I mean THRILLED!  He wakes up early and its the first words out of his mouth…….”Count days?!”  It has done my heart good to see his joy for the season!   We have also been talking to them both like crazy and reminding them that Christmas is ALL about Jesus.  We ask them often…..”What is Christmas?”  And they say with huge smiles and very loud, boisterous voices…….”Jesus’ Birthday!”  We have told them about and read them the story of Christmas so much that Townsend can retell it in his own adorable little way.  And if we are doing the retelling, they both can fill in words and finish our sentences.  Makes a Momma proud!  Cannon has also been particularly obsessed with all Christmas carols.  Every last verse of each one, too!  If you leave out a word or skip a verse…….he will quickly correct you.  It is precious!  I love my boys so much! 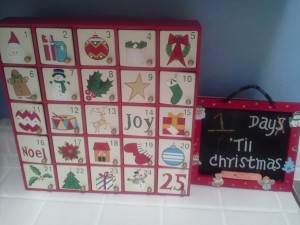 A week ago, Cannon performed in his preschool’s Christmas production.  Last year’s event was a disaster of epic proportions.  Not kidding!  Let me explain.  As we walked towards the school’s gym (site of the performance), he began screaming “No, no, no!”  When we entered the gymnasium, he cut his legs out from under him and laid in the floor screaming.  When I finally got him up, he took off up the bleachers.  His teacher made it clear that we were sitting in chairs on the gym floor and no one was to be on the bleachers.  Well, Cannon could have cared less.  It was as if his body was magnetized to them.  His aide and I finally pried him off of them and got him up on stage where he screamed nonstop until I embarrassingly snuck up to the stage with a snack bar for his aide to bribe him with.  He stayed on stage long enough to inhale the bar and then began a series of 3 sprints off stage.  Finally, we gave up and I took him out into the hall where he screamed and rolled around the hall for the rest of the event.  It was one of the worst public experiences we have had with Cannon.  So, you can imagine that we were not super excited for this year’s go round.  But we knew he needed to do it and that there was definite potential for improvement.  I mean, how could it get worse, right?!  There was an intense effort by his teacher and aide over the last year to acclumate him to the gym and all its weird sounds, vibrations, lights, and smells.  Regular trips have been taken to this building that the preschool never enters except for such events.  We just prayed the effort to help him cope with his sensory issues in this particular environment would produce results.  Well, this year was much different!  Thank the Lord!  It began the same though so our nerves were frazzled at first.  He yelled “No!” as we walked up to the school, screamed once we entered, and dropped my hand and ran up the bleachers immediately.  His aide told me as we extracted him from them that it was going to be better and not to worry.  I was hopeful but not so sure!  Well, the rest of the event went about as well as we could possibly have expected from Cannon.  The preschool sang 2 songs, then were joined by the Kindergarten for 2 more, exited the stage for 3 and rejoined them for the last song.  Cannon stood with his aide supporting his waist constantly for each song, played the sticks and shook jingle bells at the appropriate times, and didn’t yell or scream at all.  I even saw him singing some!   He does it at home all the time but rarely with a group.  I was so so stinkin proud!!!!!!  We are perfectly aware that on any given day, he could have the same problems as last year but choose to rejoice in the improvement rather than the possibilities!  Go Cannon! 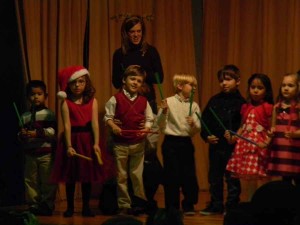 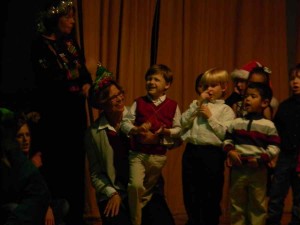 Well friends, tonight is Christmas Eve and the excitement is definitely at an all-time high around here!  We are spending the day making cookies for Santa, going to church, and coming home to follow tradition and open one present each tonight.  Then off to bed for the boys and up early tomorrow I am sure!  I can’t wait for them to see what is in store!

I wanted to take this opportunity to say Merry Christmas to each of you!  And wish ya’ll a meaningful, inspirational, and beautiful few days reflecting, rejoicing, and praising God for his incredible gift to all the Earth.  His incomparable son, Jesus!  It is not just a nice story……..it is the only thing that is truly REAL.

I leave you with videos of my 2 favorite Christmas songs.  “O Holy Night” and “Mary, Did You Know?”  Each one is so powerful and the words allow you to really “be there.”  I mean to think about how “that night” truly went down.  The intense need for a Savior fullfilled, angels come down from the heavens singing, the whole Earth rejoicing!  TOTALLY INCREDIBLE!  And to think about what Mary’s journey was like!  From young, ordinary, unmarried woman to the mother of God’s son, Jesus!  And to then think some more about whether she could have ever imagined the things her son would accomplish and his impact on this world!  This song nails it on the head!  My favorite line is “This baby you’ve delivered will soon deliver you.”  Wow!  Please enjoy, meditate on the words and experiences, and take in like air the beauty of God’s gift to us! 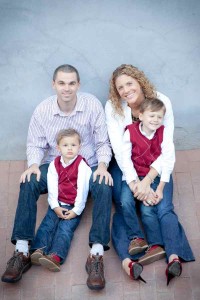 And accept this wish of a very MERRY CHRISTMAS from my family to yours!!!!!!!!!!