The back tracking continues…… 🙂

This year, we didn’t do too much in regards to Halloween. Townsend went to one party with a couple of friends and also dressed up at his preschool. But we had just found out about Cannon’s Anemia and he wasn’t up for much during this time. So, we kept it chill for him. The only thing we did was have some professional pics done of the boys in their costumes and went to a carnival of sorts at our church.

Prior to Halloween, I asked Cannon what he wanted to be. He didn’t say anything. No surprise there. So, I began giving him ideas. “Do you want to be a pirate? Do you want to be a cowboy? Do you want to be a doctor?” “Yes” he said! “A doctor like Doc Mc Stuffins.” For those of you who don’t know……this is a show on the Disney Channel about a little girl who doctors her stuffed animals. And he and Townsend really love it. So, that was it. I found a doctor costume…..scrubs and a lab coat. Bought a medical bag with instruments. But since those were plastic and my boys are destroyers…..I went ahead and bought him a real stethoscope as well.

On the day of the photos, we drove about 50 minutes (a norm for us as we live remotely) to the home of my good friend, Susan of Susan {d} Photography. She was doing Halloween mini-sessions and we were going to spend a few minutes on each kiddo. Capturing their cuteness while dressed up. I came prepared with snacks and their favorite music loaded into my phone. For smiling motivation. Well, Townsend did awesome!!!!! He was a ham and a half. Grinning up a storm, doing whatever Susan asked, and other crazy expressions and silliness. That’s our Townsend! He was dressed as The Cat in the Hat. At one point during the shoot, he discovered the tail…..and hilarious-ness ensued. He was great! Well, Cannon….well, Cannon was the opposite I am afraid. He did not want to put on his costume. He just wanted to play with her foosball table and manipulate buttons on her electronics. And super roughly might I add. He would scream loudly with his teeth gritted anytime I tried to guide him away. I finally was able to get him into his costume while distracting him with a snack. But as soon as I stuck him in front of her cute backdrop…..he made his displeasure known. I turned on a favorite song. I mean who doesn’t get happy when they hear “Call Me Maybe?!” 🙂 Well, not Cannon. On any other day…..yes. That day….no! We tried more treats, different music, playing with the “medical” instruments, and acting like total goofballs. Not much could evoke more than a smirk. Susan is Houdini and managed to get some good shots but you wouldn’t have guessed it to be possible if you were there. Cannon looked super pale and like we were causing him physical pain. So, we packed it in fairly quickly and called it a day.

This first pic pretty much sums up the difference in the two boy’s attitudes about the shoot…. 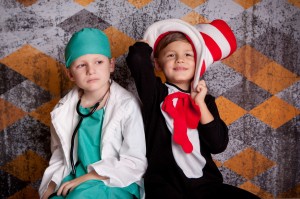 And this was a much better moment….. 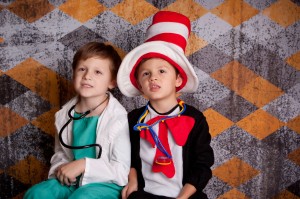 And here are some of my faves of Cannon……. 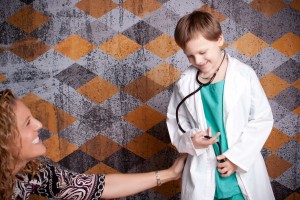 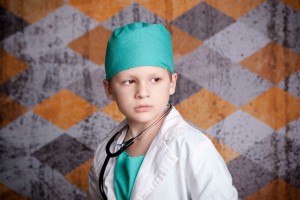 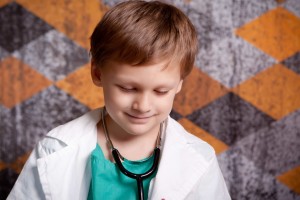 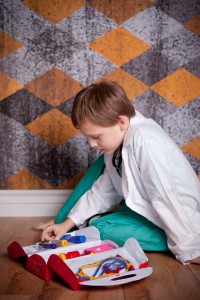 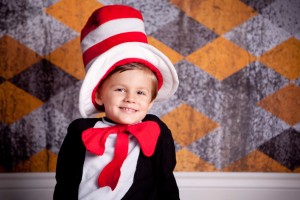 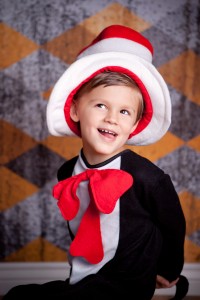 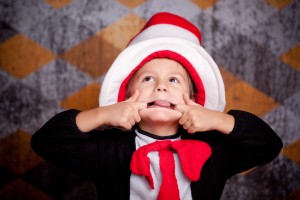 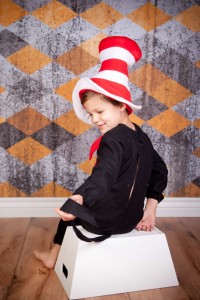 The AWANA program at our beloved church sponsored what they called AWANA-ween. A fun family alternative to Halloween. One where there is nothing scary and all is FUN! They have lots of great food, 2 different jumping castles, games, and most importantly tons and tons of candy. Well, for Townsend at least. Cannon has never even tasted candy. He has almost always been on a restricted diet. So, he enjoyed the games that gave little prizes as well. At first, the boys spent a lot of time in the jumping castles. Eventually, we meandered over and played many of the different games. We knocked over bowling pins, bobbed for apples, had a boat race with Daddy powered by blowing the boat through a straw. Cannon struggled after about 40 minutes with his energy level. He wanted to be carried in spurts and was just dragging. But I will tell you what…..he perked up like no other when he laid eyes on a certain booth. One where you could through a whipped cream pie in the face of a volunteer. Townsend did not like this at all. He was concerned for the person and would hide behind me and whine. Cannon just cracked up with a grin on his face from ear to ear. And when he got to be the throw-er! He loved every second! He threw a pie at our wonderful AWANA director, Mrs. Vicky. And nailed her in the arm! He was so proud and excited! We got home that night….exhausted from all the fun. But glad that we ventured out to give it all a try. One of our goals this year! Enjoy some more pics from our super fun Halloween night! 🙂 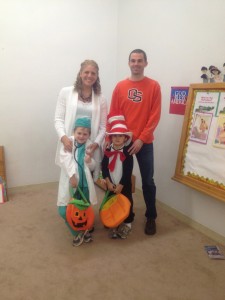 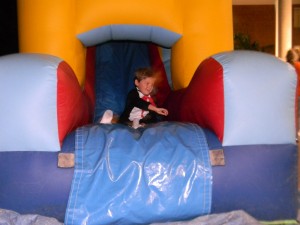 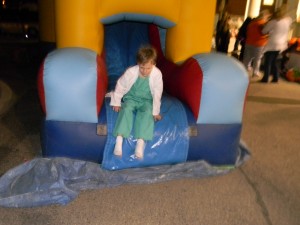 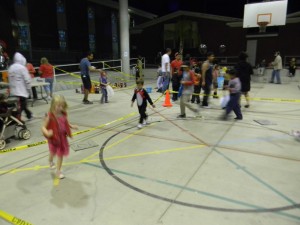 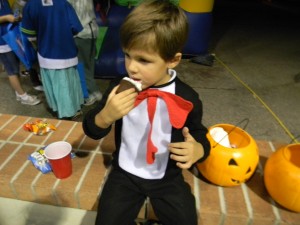 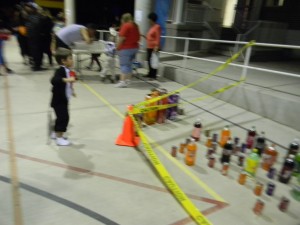 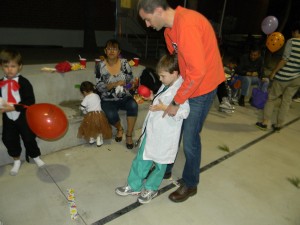 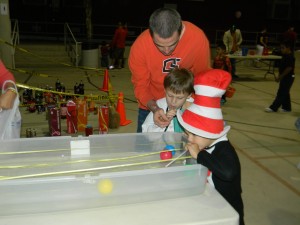 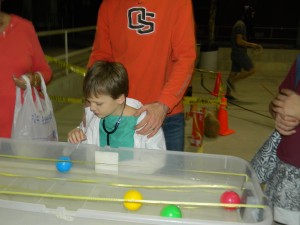 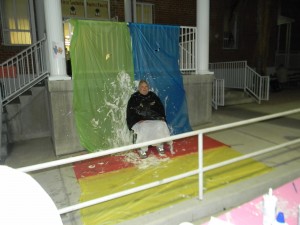 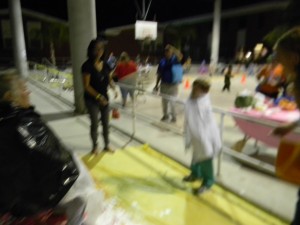 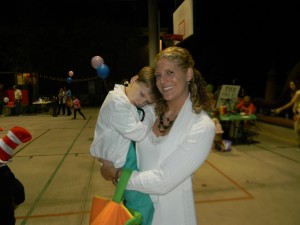