6 years ago yesterday was the worst day of my life.  The day my precious, first-born son was diagnosed with Autism.  Yesterday……was one of the best.  The day he first met his very own service dog.  Wow!  What a contrast!

6 years ago and a few months prior…..all had been perfect.  Cannon had walked early, talked early, and was incredibly smart.  But in a 2 month free fall, he lost the ability to speak, make eye contact, and seemed to do nothing but scream 24-7.  Our lives were turned completely upside down.  We had lost the boy we knew and were left with a shell of his former self.  It was devastating.

Today…..6 years after that awful, life changing day….he began a new chapter of his little life.  And hopefully, one that will lead to a much better, more independent, happier life.  One where he is even more supported and love.  Even more confident and capable.  And even more protected and safe.  We are so excited to see how this changes Cannon’s life for the better.

Our class is being held at a local church.  4 Paws for Ability is building a new building on their current property and it just isn’t ready quite yet.  So, we are using a large Fellowship Hall type room thanks to the church’s generosity.  We were greeted by signs and a 4 Paws employee to direct us.  It was nice to see the families whom we have been talking with on our class’ Facebook group for months! 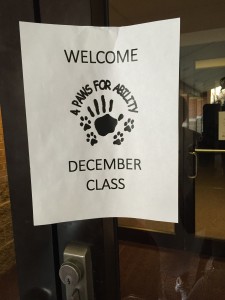 The beginnings of class was short.  Introductions of all the trainers and a quick once around the room so that each family could present themselves.  Then, the moment we had all been waiting for!  They began bringing the dogs in!  One at a time with 10-15 minute gaps in between so that each family had their moment and could get their photos and such.  1, 2, 3, 4, 5, 6, 7, 8 dogs came in and went to their children.  Still no Rocket.  But, we were patient.  And they definitely saved the best for last!  Our Rocket bounded in.  I was so emotional leading up to today.  Getting all teary any time I thought of what was coming.  I figured I would fall apart when our Rocket was finally in our arms.  But that did not happen…. it couldn’t.

The trainers had withheld breakfast so that we could feed them.  It would help with their excitement and bonding they said.  So, our guy was READY TO EAT!!!!!!  And he did not hold back.  He was focused!  It was pretty hilarious.  Have a look.

This pic shows the first moment our family laid eyes on our Rocket!  I’m in love with this one! 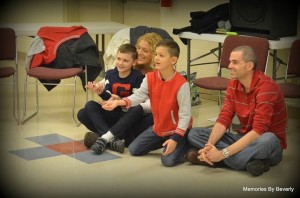 And here are a few pics from our special morning…… 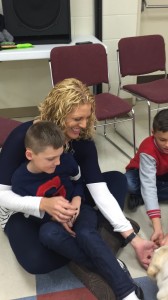 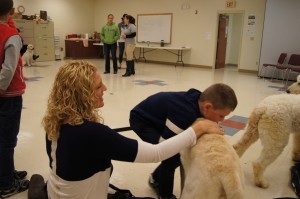 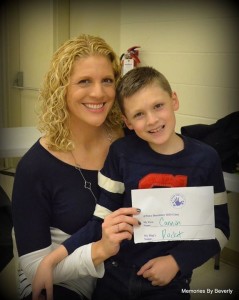 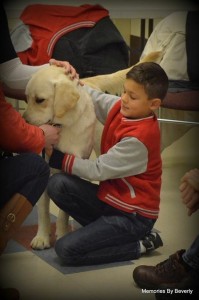 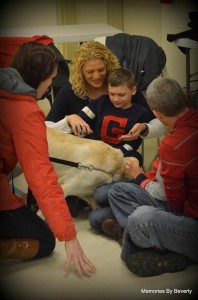 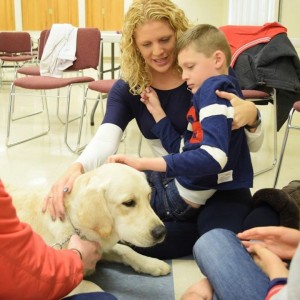 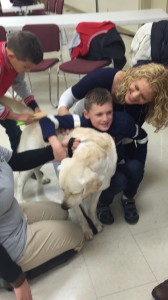 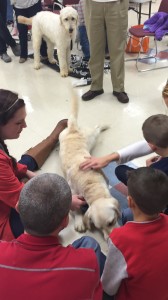 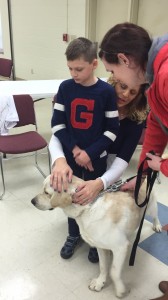 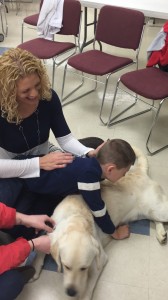 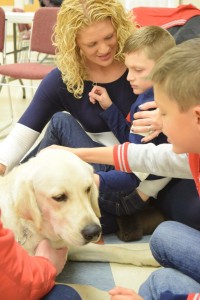 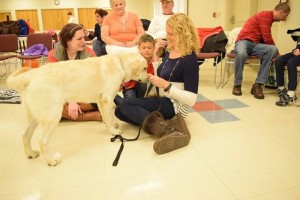 The only thing was that Cannon was not feeling well.  His tummy was REALLY hurting and he had been emotional several times before Rocket came in.  His button was leaking and his jeans were bothering him.  (We tried switching him into comfier sweat pants but had minimal improvements).  When Rocket came in with so much energy, I think it was a little more than he was feeling up to in that moment.  The trainers assured us that this was the most excited we will see them. Just a few minutes into our first meeting with Rocket, Cannon began asking to go back to the hotel.  He just thought……I’m feeling bad, we got my dog, now let’s go lay down at the hotel.  He struggled a bit with the fact that we had to come back after lunch.  But we did our best to distract him with drawing and other toys.  But mostly he just sat and laid on one of us. 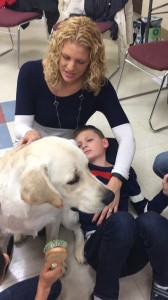 During the afternoon session, Mark and I began learning basic commands.  “Sit” and “down,” as well as each command with a 30 second wait for a treat after task completion and walking a circle around them after completion. 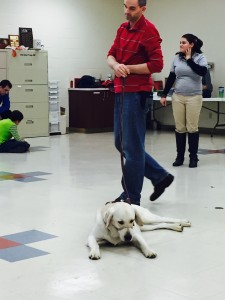 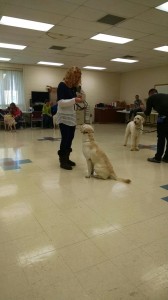 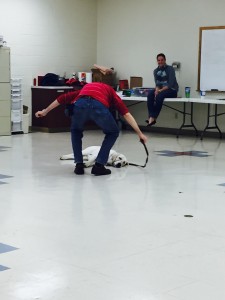 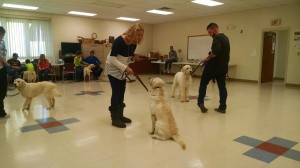 I was nervous about the start of the actual training as I have never had a dog before and have had extremely limited contact with dogs my entire life.  But I was pleased with how it went so far and look forward to learning more in the days to come.  Rocket was very well behaved and much more chill.  We are bonding.  I can feel it.  And Cannon really likes him, too.  The trainers say that the bonding process can take time between the child and dog, too.  And that’s perfectly normal.

Y’all!  I can’t possibly tell you how thankful we are!  This experience would have never been possible without each and every one of you coming alongside us and helping us get to this point.  You loved us, you prayed for us, you encouraged us, you helped us fundraise, you donated, and you helped us get the word out.  My gratitude is overflowing!  Thank you from the very bottom of our hearts!  Our child will never be the same!  And you did that!  The absolutely incredible contrast between these 2 days…..separated by six years is just unbelievable!  All our love!