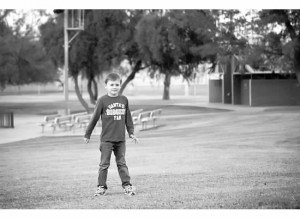 It used to be so hard for me to even utter the word…..Autism. Especially if the name “Cannon” was in the same sentence. I could talk about Cannon and I could talk about Autism but facing the reality that one was a part of the other…..was really difficult. It took a while but now…..3 years later….it’s a non-issue.

3 years later….I can still remember that day in the Neurologist’s office like it was yesterday. I remember the busy waiting room, Cannon’s meltdown when we had to leave the blocks he was in the process of arranging in that waiting room, along with the absolute battle involved in getting vitals and particularly head measurements. I remember his fixation with some foam letters in the exam room and obsession with lining them up perfectly spaced and in order, his lack of any eye contact or even acknowledgement of the doctor’s presence, her messy hairstyle, the cold room, Townsend crying off and on in my arms, and the chaos that ensued when the doc dared to pick up a foam letter to disrupt Cannon’s order. I remember wondering why in the world our pediatrician wanted us to see a neurologist anyway. That we were wasting time, gas, and frustrating the kids. And I will always remember that one sentence. The sentence that changed our lives completely! Top to bottom. I remember the shock. The thought “Wait….she can do that? Diagnose that.” I remember trying to speak. But the shock was intense and all I seemed to do was sputter.

“Based upon my evaluation and the answers you have provided, I feel confident diagnosing your son with AUTISM.”

Ouch! Instantly there was intense, physical pain. Literally like a knife to the heart….a punch in the gut…and a blow to the head…..all at once. Because just like that……our lives would change forever and our sweet Cannon had a label that, to others, would define him. As long as my, then 2 year old little boy, lived. I couldn’t muster much of anything after that. There was disbelief, disorientation, and just an overall state of being stunned. I don’t remember much else that she said after that except to keep our upcoming appointment with the Developmental Pediatrician. He would give us a plan of attack. And also she said, “He is still the same little boy you brought in here today. He hasn’t changed. Take him home and love him.”

I felt as if my mouth was still open in shock as we walked to the car. And that people were staring at us as we walked through the full waiting room. All I wanted to do was get the boys strapped in. I felt like I was going to burst. I was desperate and fumbled with the car seat restraints in my hurry. I kissed Cannon’s forehead, shut the door, turned my back to the car, and lost it. Right in the middle of the parking lot. Mark came around the car and I collapsed into his arms. It was awful. The explosion of tears, the miserable despair, the incredible helplessness…. I almost couldn’t catch my breath. The enormity of it all just felt like it was crashing into us like a Mack truck. I have no idea how long we stood there. Forever, it felt like. Until Cannon’s needs no longer could be ignored. I remember sending out a mass text. To close friends and family. I knew some were going to start calling to see how the appointment went. And I couldn’t bear it. Per my recollection, it said something like…..”Cannon was officially diagnosed with Autism today. I need some time. I’m not ready to talk. I will let you know when I am. We love you all.” I regret the bluntness and broad siding it may have been for some but it was the best I could do at the time. I decided on that long car ride home that I would give myself 3 days. 3 days to cry, grieve, and deal with this. Then, I would lock it up and push forward. Begin the journey I was being forced on. The life God had chosen for me. Figure out what was next. And that is exactly what I did…..

I just can’t believe it has been 3 years since we heard that sentence…..

I said it in last years anniversary post and I’ll say it again. Even though it feels like yesterday, it also feels like Autism has been apart of our life forever. If that makes sense.

3 years have brought our family a long way. Cannon is not the same little boy in many ways. He talks now. Some. He makes quick eye contact at times. He has re-gained a lot of the fine motor skills he lost mostly, in my opinion, thanks to the iPad. He still has grave needs for improvement in coping skills, behavior management, expressive language, and his medical condition. But we have plans for each area and are working towards goals that we feel are achievable.

And don’t forget……there
is another component in this equation that is our family. Our 3 year old, Townsend, who has never known anything else. Cannon was diagnosed when he was just 9 months old. The effects on his life are many. He gets drug to lots of therapy appointments, has to sit in lots of doctors waiting rooms, and has endured sitting by his brother’s bedside at the hospital far too much. He isn’t exposed to a lot of foods that normal kids eat because they often share in the same meals. He has had to learn that his brother won’t play with him. Or answer him much at all. But he handles it well and loves his brother so very much. What more could we ask of our 3 year old.

If your child is healthy…..thank God EVERY DAY. If you know someone with a child with Autism…..help. Find a way. Insist. We don’t like to burden you or ask for help. But we need it. Make an effort to understand the struggles because with stats like 1 in 88…..if you don’t already know a child with Autism…..you will. If you are a parent of a child with Autism….love them EVERY second. Even when its hard. Even when you can’t see straight because you are so tired. Even when they physically harm you. Even when they throw tantrums that defy words in intensity. Even when the thought of their long term prognosis completely and totally depresses you. But most importantly remember…..they are a victim. They did not ask for this. And they are trying. It’s just that the way they express their needs is not the socially appropriate way. They are dying for you to crack the code and figure it out. They love you so much.

I love my Cannon more today than yesterday. I respect him and his journey. I empathize so strongly with what he goes through. Patience is a daily struggle, especially when you factor in the sleep deprivation….but it has grown. Autism has broken my heart. It has beat me down, drug me around, and worn me out. It has challenged our family, faith, and foundation to the core. BUT it has also taught me things I would never have learned otherwise, given me a whole new level of empathy and patience, shown me that I am much stronger than I think, and proven to me (beyond the shadow of a doubt) that God will NEVER leave me. NEVER let me go through one minute alone. My Father provides me with all the strength I need to get through each day. And has given me a new purpose. To be a voice for Cannon and others like him. Crazy when you think we didn’t even tell people outside of our immediate family and circle of friends about his diagnosis for almost 2 years. Now I have been provided the opportunity to speak to groups of people who desire to hear our story and learn about Autism. I hate Autism but I am thankful for these lessons and the spiritual refinement and growth that comes alongside it. Cannon is my hero. I gave birth to my hero. Not many people can say that.

3 years later……I am ok with the direction our lives have taken. I hate that it had to happen. But I am ok with it. And I have NEVER been more proud of someone in my life! God bless my sweet Cannon and all others like him! 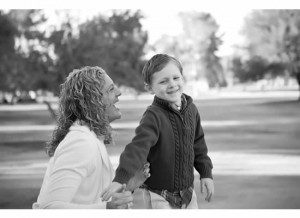