(Because I have allowed myself to get so behind…..I will be back-tracking for a while.)

In September, our family got to support a great organization. One that has meant so much to us in this last year in particular.

As you might remember…….several months back, during a hospital stay, one of the Child Life Specialists stopped by Cannon’s room. She presented us with a program called Beads of Courage and expressed interest in enrolling Cannon. She showed us the journal where we would keep track of all the medical procedures, pokes, clinic visits, surgeries, milestones, etc. Each had a coordinating, colored bead. She gave me a long string with some letter beads on it that spelled out Cannon’s name. It also had a special “Beads of Courage” bead on it. Then, I spent the next several hours “back-beading” my way through my immaculate notes of the last year and some change. It was quite emotional for me to read them like a book. The journey seemed like a lot while we were going through it but to read it like that…..was a bit overwhelming. I submitted the journal the next day and received hundreds of beads in return. Then, I re-opened my notes and sequentially beaded strand after strand of beads. Tying them all together. The results where this amazingly colorful and incredibly long string. It was beautiful and unbelievable all at the same time. It made me proud of his courage but so sad for his pain. Yet, in the end, we were just really grateful he had this symbol. Like a badge of honor. A way to say to the world…..”This is my story.” 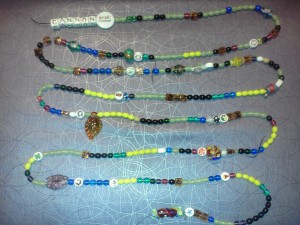 That first day was just the beginning. Because since then, his strand has gotten so so much longer. All the while honoring, validating, and recording his medical journey. Again, we are so grateful. 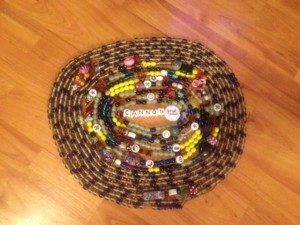 When we heard about a 5K run/walk to support Beads of Courage, we jumped at the opportunity to participate! I told Mark to take the day off and signed us all up. We would walk the walk as a family and the boys and I would run the 5k. Mark had just had 2 knee surgeries and wasn’t quite far enough along in his recovery yet to be able to run. I was not in the best shape of my life, either. Being in the hospital so often doesn’t exactly allow for regular exercise or eating the best you can. But this was important and nothing was going to keep us away!

In prep for the day, I decided I had to finally break down and buy a double jogging stroller. I have a single and if I ran at all…..I did it when I just had one kiddo to deal with and could use my single. But it was time and I really wanted us to do this race all together as a family. So, I began looking at different stores. During this time, I joined an online yard sale page. And to date, I have bought and sold many things on this great page. One night…..I saw it. Exactly what I needed. A double jogger. For only $75…..it could be ours (most are $250-400 in stores). Luckily, I responded first and got in contact with the seller quickly. I couldn’t contain my excitement and after realizing she was an avid runner….told her all about the race. She had never heard of Beads of Courage so I got to tell her about the org and our personal experience with them. We planned to meet up the next day.

When I arrived at her house with both boys in tow, Cannon was not in a good mood. And when I got him out of the car to make sure he could fit into the stroller, he began having a full-on, all-out melt down. Nice. He went completely rigid, kicked, screamed at ear-splitting level, and nearly knocked me over. It was not pretty. I finally just gave up and told her we would take it. If he didn’t fit in it when we got home and he calmed down…..I would just re-sell it on the same site. I then put Cannon back into the car with his brother and grandmother. The meltdown continued and could still be easily heard with all doors closed and the car on. I tried to re-group and re-gain a sense of calm. To be able to talk to the woman, pay, and thank her. I handed her the money and she stopped me. She said, “You are going to think I am crazy but…..” And then she launched into telling me a story. That she was driving home from work the previous night and was thinking about our conversation and a message from her pastor the last week. And that God really laid something on her heart. That she wanted to give us the stroller and have us donate the $75 to Beads of Courage. She said that she knew that we didn’t really know each other but she wanted us to know that she was with us. I told her how much I appreciated the offer but that she didn’t need to feel like she had to. I talked with her for quite a while to be sure that this was really what she wanted. But long story short, after many hugs and “thank you’s”…..we were on our way home with a new-to-us double jogging stroller. And in awe of the kindness and generosity of a stranger! What a beautiful thing she did both for our family and also so many sweet, sick kiddos that will now be blessed by the money donated to BOC.

When the day of the race arrived a couple weeks later, we loaded up our car. One jogging stroller, tons of snacks and drinks, medical supplies, extra clothes, proof of online registration, sunscreen, hats, sunglasses, Cannon’s beads, 2 excited boys, and 2 grateful parents. Our family headed out to this adorable local farm where the event was to be held. 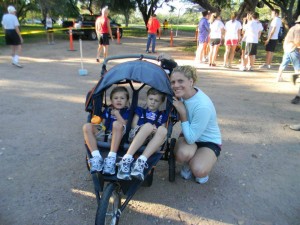 At the check-in tent, we were able to hand over the donation (yay!), get our race t-shirts, and collect our beads. This is so special! They have you carry a bead during the race. It comes in a little plastic baggie. When the race is over, you return the bead to the organizers with a note of encouragement to be given to the Beads of Courage member in a local hospital. So cool, right?! Townsend was also thrilled that in our take home bag…..there was a string with a few beads of his very own. He loves them and asks to wear them quite often. We met up with my good friend, Karli, and even a couple of familiar faces from the hospital. It was so nice to see how many people came out to support such a great cause! 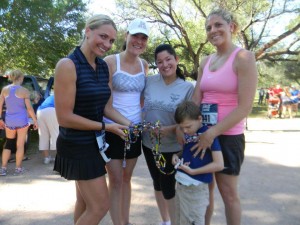 The 1 Mile Family Fun Run/Walk was first. We went to the starting line where the race director and also the Founder of Beads of Courage said a few words. The starting gun was set off by a precious BOC member. A little boy who has a strand of beads to tell his story, as well. We walked along with many other families, kids, and groups of people. The weather was super nice. A little chill to the air but still warm. And the scenery was beautiful. Mountains behind the landscape of pumpkin patches and tall grass on this little farm. It was a fun, family outing for sure. 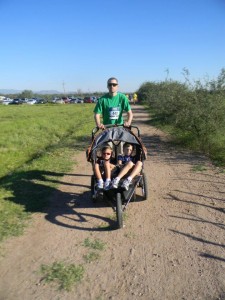 Next up was the 5K. I decided to bring up the rear. With our big stroller and a narrow path….it was better that way. The path was a dirt one. With lots of bumps and some patches of tall grass along the way. But we managed to navigate just fine. Mark cheered us on from sidelines. Taking pictures and giving us moral support with each lap. We did pretty well, considering. I think. I don’t remember the time…..nor do I want to. But all things considered….we did good. We had fun. Talking, laughing, enjoying the fresh air, and just being together. My friend, Karli, finished the race and ran back to find us! To finish strong with our little hero. Love that girl! 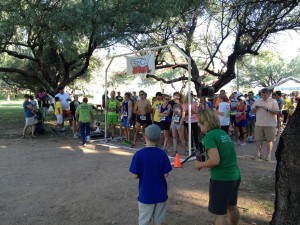 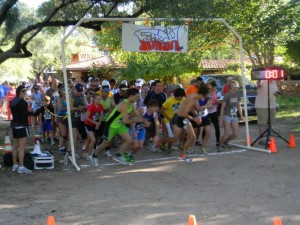 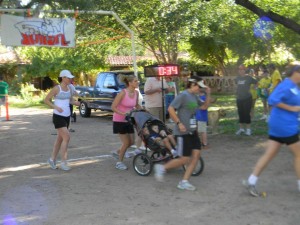 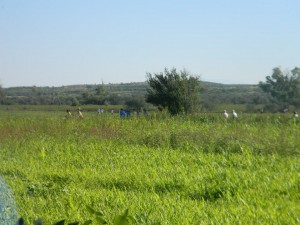 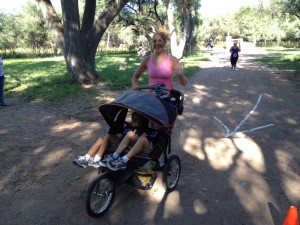 After the race, we hung around for the awards ceremony. Clapping for the achievements of those who won and/or placed in their various age groups. We turned in our beads with the encouraging notes and prepared to leave. But I had one more thing on my agenda. I wanted to steal a couple of moments with the founder of the org, Jean Baruch. When I did I gave her a big hug and thanked her for this beautiful thing she created. And most importantly, I told her that the world just looks at my son and sees the Autism. But that now, thanks to Beads of Courage, you can also look at his beads and see that there is a whole other journey that has taken over his little life. And that strand records, tells, and helps him own his story. What a gift! 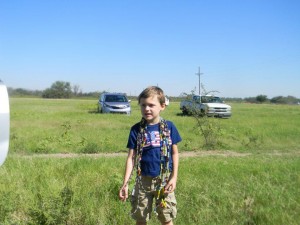 Thank you to Beads of Courage for all they do to encourage these amazing kiddos!

2 thoughts on “Beads of Courage 5K/Walk”