Social stories are a much loved and appreciated tool in our arsenal with Cannon. These stories are short descriptions of a situation, event, or activity which include specific information about what to expect and why. They improve not only their social understanding but also their self-understanding.  These stories prepare them so that they can behave in an appropriate manner. They are so very effective for our sweet guy!  Seeming to resonate better with him and giving him something tangible he can fall back on if he begins to get upset.  If learning about these stories interests you, there is a great book called “The New Social Story Book” by Carol Gray that is available on Amazon.  Here was the April 14th version of a story I wrote for Cannon.   A Bronchoscopy, as well as an Upper and Lower Endoscopy were performed that morning. 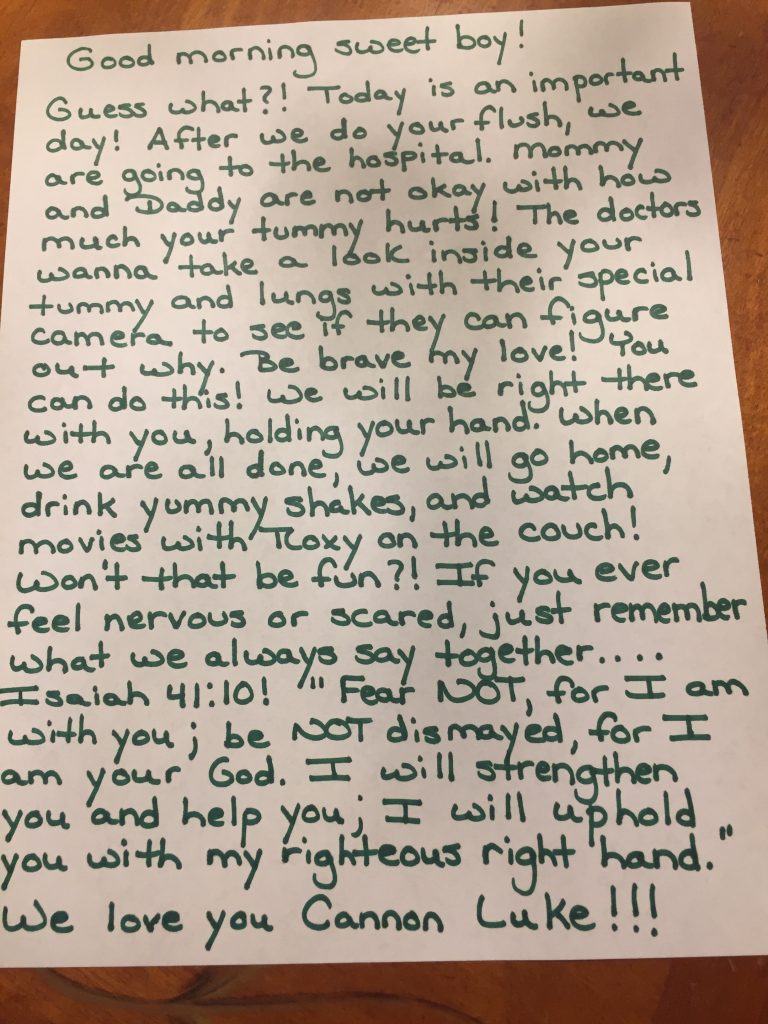 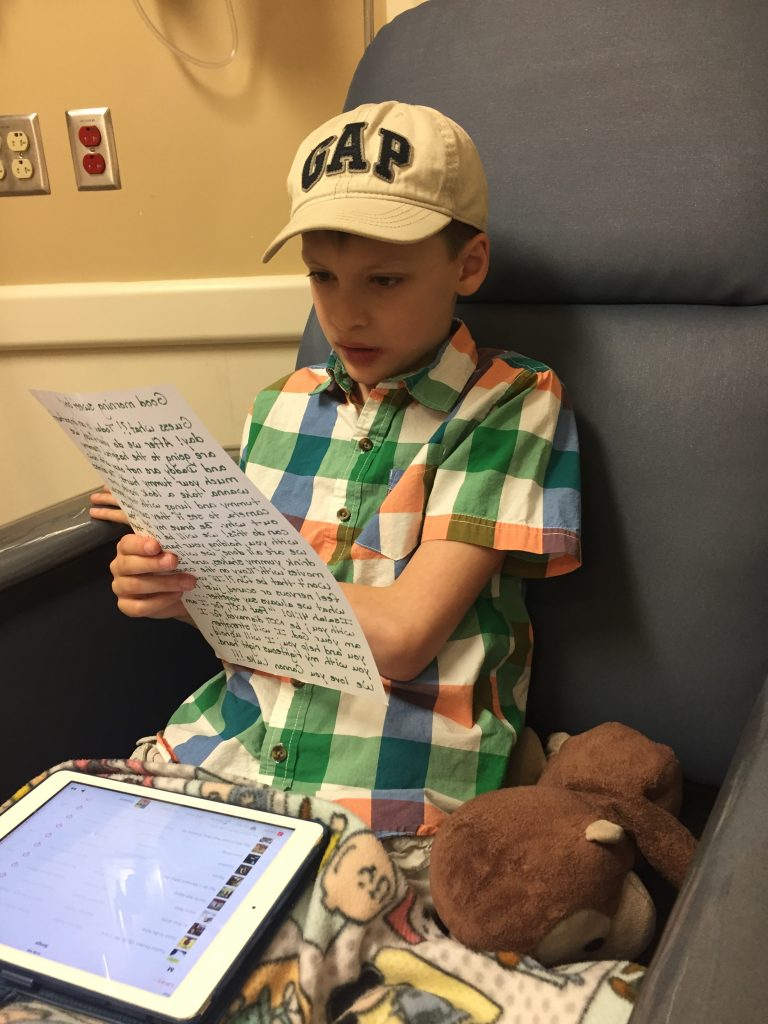 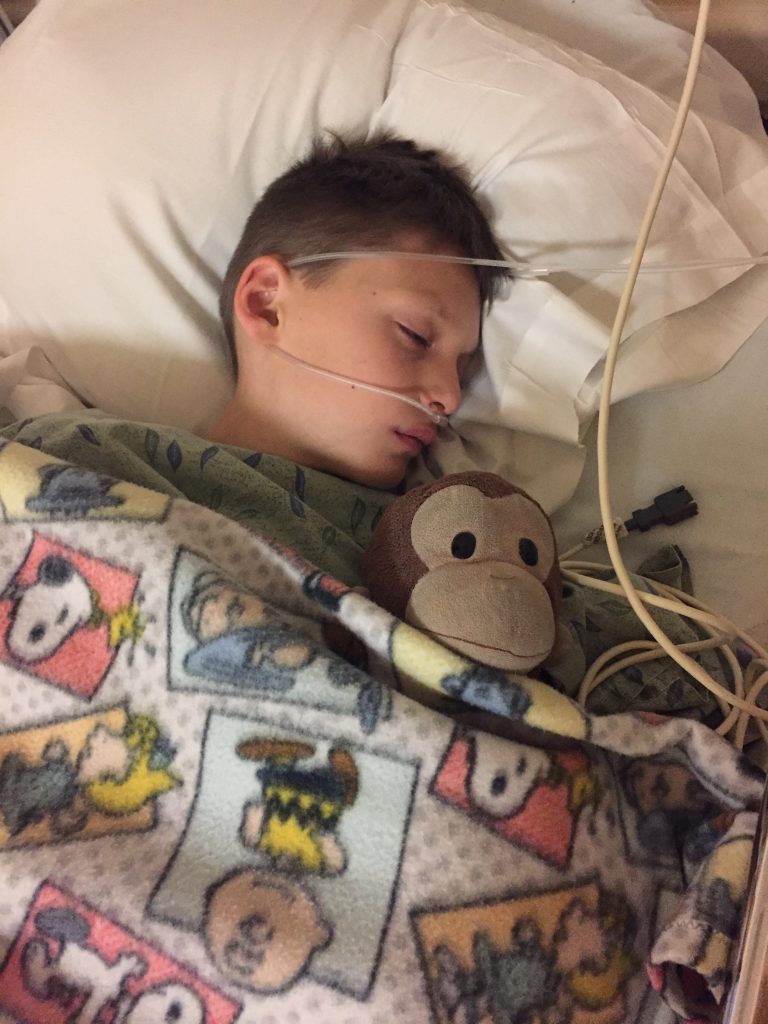 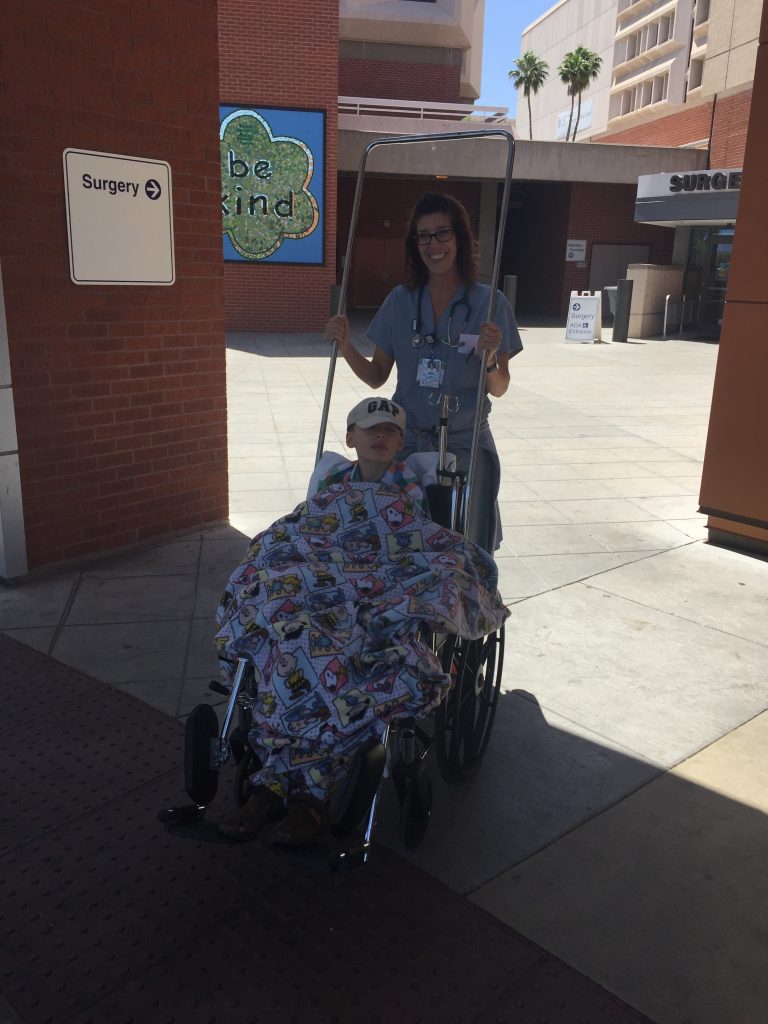 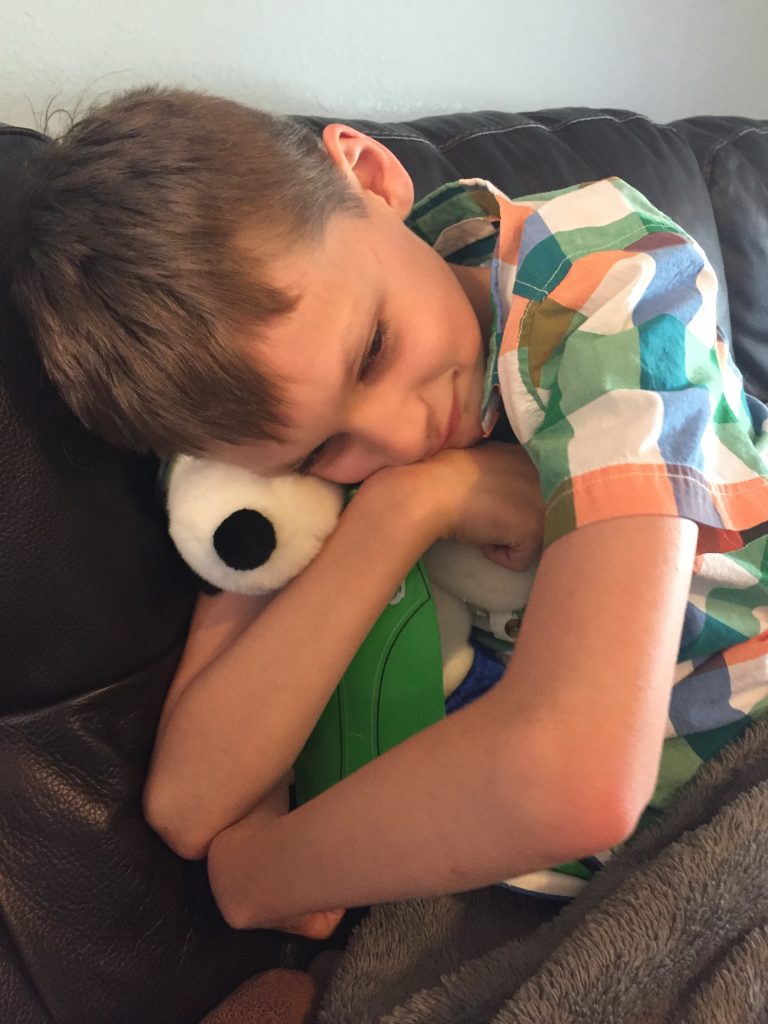 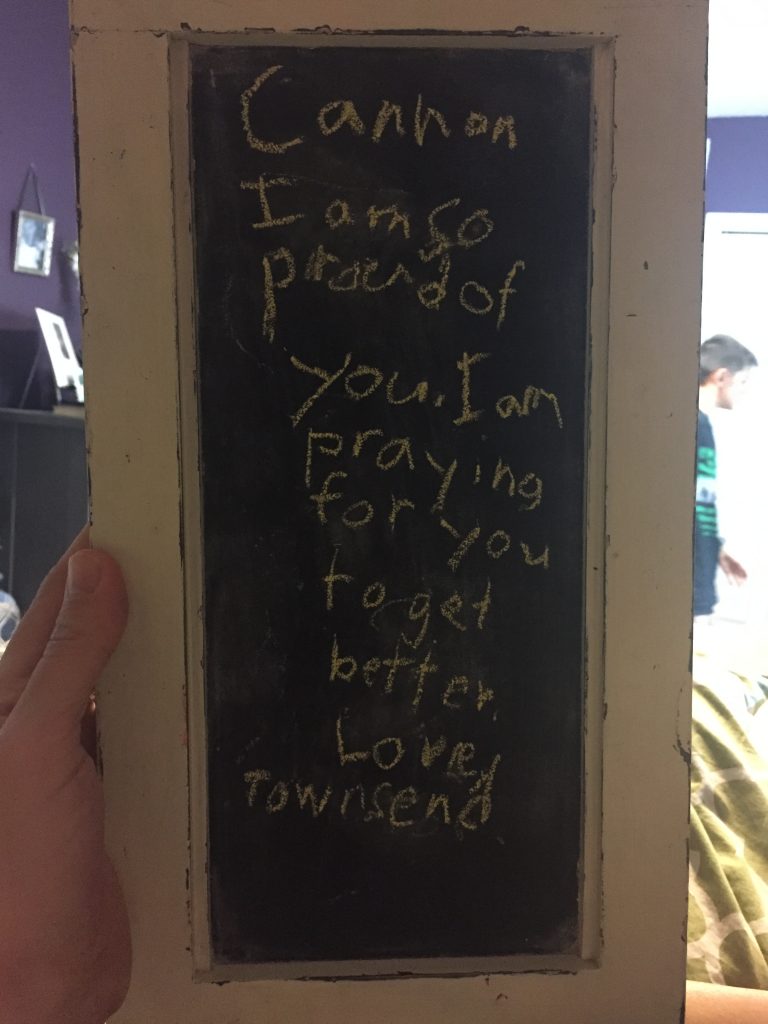 We went into this day expecting things to be a bit better.  Cannon’s pain had been more manageable and he seemed somewhat happier.  In mid-January, we had started him on a protocol from an Environmental Medicine doctor out of South Carolina.  He had spent hours (over several days) with us reviewing his history and asking tons of questions.  He also examined him and did extensive, extensive testing.  Allergy, blood, hair, urine….all of it.  Many issues were found and a comprehensive plan was put in place.  With the feeding tube and Nissen Fundoplication surgery as very real possibilities……we just had to try EVERYTHING possible to keep those options at bay.  And we were seeing results.

Cannon’s Gastrointestinal doctor reported good news!  His esophagus looked great, there was no food in his stomach that day due to his Gastroparesis, and his colon looked a bit better.  (Despite the fact that his Chait Button flush prior to the procedure did not totally take.  Weird!)  The colon has had several issues in the past that were either gone or much better, though.  I will spare you the details.  Good news!

The Pulmonologist also reported back to us after the Bronchoscopy…..quite a bit of information actually.  His upper airway is still inflamed with nodularity.  His larynx or voice box was red and showed signs of edema.  His upper trachea was nodular.  His adenoids were a little big.  And his upper airway was unimproved.  Not the best news but not the worst.  However, she truly believed that we were going to have improvement on the pathology report that would come back later.  She didn’t think the issue was completely resolved but she thought we would see a decent improvement.  Unfortunately, her hunch was incorrect.  His rate of Lipid Laden Macrophages (fat from food found in the liquid collected from his lungs) increased from 35% to 40%.  Not too bad of an increase but a number that should be at “0” and has been treated as heavily as possible for the last 1 1/2 years.  We had been told that ANY increase would mean surgery.  But thankfully, she decided to do a chest x-ray to see if there was marked additional damage to his lungs due to this ongoing issue.  And the answer was “no”……THANK THE LORD!  Our prayers were answered.  No surgery…..for now.

The labs taken that day showed elevated liver enzymes.  No bueno.  His G.I. doctor feels this increase is due to all the supplements he is on.  He agreed to allow us to continue for 3 months.  But if at the end of that 3 months, they are still elevated…..he has to stop the med protocol.

I feel like we live 3 months to 3 months these days.  With new endoscopies and bronchoscopies being performed at that frequency.  As a matter of fact, in just about 2 weeks……we have our next round.  This will be a big one as we add on a change of his Chait Button and pull the labs to determine if he can continue on the med protocol.  We continue to give this to God daily and trust in His plan for our Cannon.

Finally, a great praise!  Cannon has gained between 5-6 pounds!  He hasn’t had a jump like this in years!!!!!  A huge answer to prayer!  This has ceased talk of a feeding tube for now and we are beyond grateful for that!  After his 10 year well check in February…..he was really underweight.  His BMI was in the less that one percentile, weight in the twentieth, and it was beginning to affect his growth.  His pediatrician wanted us coming in every month to check his weight and to amp up our visits with the nutritionist.  We had previously started him on a liquid infant formula as his body does not handle food well.  We are supplementing with shakes for breakfast, lunch, and one snack.    He eats food for dinner and one snack.  The nutritionist had us add more things to the shakes…..Emulsified MCT oil, handfuls of organic nuts, walnut oil, and more.  And it’s working!  What a relief!